Two angles are complementary if the sum of their angles equals 90° (right angle).

Two angles are supplementary if the sum of their angles equals 180° (straight line).

Two angles are adjacent when they have a common side and a common vertex and don't overlap (on the picture below it is γ and δ, δ and η, η and α, etc.)

A linear pair is a pair of adjacent angles formed when two lines intersect (they always share the same vertex). The two angles of a linear pair are always supplementary (their sum equals 180°). On the picture below it is only α and β, β and γ.

Vertical angles (or vertically opposite) are the angles opposite each other when two lines cross. They are congruent (of the same measure). On the picture it is only γ and α. 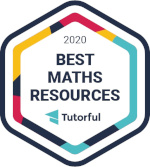